Yorkies are the world’s greatest small dog and this is simply a fact.

If it weren’t a fact then Yorkshire Terriers wouldn’t have not one but two of their own holidays around the world.

There are two days that are devoted to Yorkies around the world.

Which was launched by the woofbookgroup and is observed on January 22 each year!

The next Celebration day is the more popular one and the title of this article!

National Yorkie Day is held on August 1st and the day is held alongside National Yorkshire day – a celebration of a county in England.

Below are some fun facts about Yorkies.

If you look at official lists, they may put Yorkies at number 34 or so in the list of dog intelligence.

34 out of 150 isn’t bad, but Yorkies true intelligence is found in their abilities to connect with human emotions.

No other dog has given me a similarly close bond than that of my Yorkie.

Every dog is different and that is certainly true for Yorkies.

You may find a Yorkie who is the bravest dog in the park (at least when he feels safe), and you may also get a Yorkie who totally hides away in fear of loud noises.

This exemplifies the difference you can get when having many Yorkies.

In general though, a Yorkie is the kind of dog that won’t let their size stop them.

No one would ever look at a Yorkie and assume that it can produce such a loud bark but all Yorkie owners know the truth.

The same is said for their tenacity.

I’ve seen Yorkies chase intruders out of gardens, fully grown deer into the woods and last but not least I’ve seen a Yorkie herding livestock with his farmer dad!

Getting one Yorkie is like the equivalent of getting 3 other dogs jammed into one tiny energetic package.

Ever looked at a baby and a Yorkie side by side?

Sure a human baby has less hair but other than that it’s quite hard to tell the difference.

When a baby is born and shortly into their life they are fully dependent on mom and dad.

Yorkies are no exception. Except by the time your Yorkie is fully grown they only become more and more dependent on us.

Whereas humans on the other hand eventually (should) outgrow living with their parents!

No one is going to blame a Yorkie for this though.

It is scientifically impossible to observe a Yorkie with your eyes and NOT want to take care of them.

READ: Why are Yorkies so Cute?

Did I not already mention how one can not possibly look at a Yorkie and not fall in love?

Well it is true. It isn’t just my opinion either.

History has proven that everyone simply loves Yorkies.

From when Yorkies were originally bred as removers of vermin, they ended up in the laps of the noble women.

That’s a trick question. There is absolutely no wonder as to why!

So there you have it, from hunters to noble women absolutely everybody eventually whether they intended to or not falls in love with Yorkies. 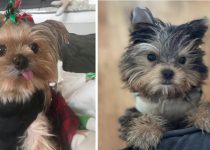 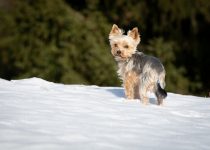 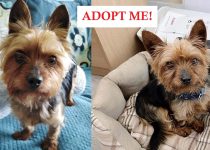